How to know if they love you

What to do about this.

One, they do not owe you anything. Two, you do not owe them anything. Three, the one you owe is you. Just like you already know if your love is returned or not, you know the thing(s) to do. Do them.
Be good to yourself. Be good to the other. Move forward, life and love will come.

Sorry for the accidental hiatus last Friday! Last week was my first full week of DOING MY OWN THING and the days sort of got away from me. First, I took a four day vacation (something I never do) to see friends, then I watched my adorable baby niece, and then… I just worked. In my first week full-time massaging, I did 12 massages. Which felt like a pretty good confirmation that– It’s all going to be alright.

But– I am doing pretty badly about the whole schedule thing. I thrive on schedules. So I have been going to bed at a decent hour and waking up… never. Why is waking up so hard? How do people bounce out of bed with hours to spare? The constant rain recently hasn’t helped, either. It all feels like time to nap for me!

I’m not sure actually how to get out of this. I’m working and doing those sorts of things, but things like… say, cleaning my house, or mowing my yard… well, it’s getting left behind in only the way it can with me sleeping on my couch.

I think one of my solutions is coffee. (I mean, what? HOw could that be a solution?) Hear me out. I normally didn’t drink coffee at home on my days off before. A day here or there without coffee, well it hurt, but I could manage. But I AM up early every morning for kitty breakfast and I think I need to just start throwing coffee down my throat at that point– no going back to sleep for me!

But more than anything, what I’ve been reminding myself today is to give myself grace. No name-calling. No chastising. No hating on myself because I was extra tired or didn’t get the yard mowed before it rained (again). Things will come. Schedules and routines will be built again. Yes, I need to put in effort towards that. But when I have a day when it all seems like a failure– that’s okay! I just needed that time off.

Back to getting things done– how do you self-employeds do it? How do you wake yourself up? What is your motivation? What names don’t you call yourself?

The long-awaited last week of employment– here we are! I am officially (as of Friday) not really employed anywhere– eep!

This week, I’ve taken it easy, got to hang out with my baby niece all day Tuesday (#auntielife), got a massage, and generally freaked out just slightly.

Happy Friday! I’m headed north for a long weekend– to spend with friends in celebration of birthdays and my freedom!!

This week was slower paced. I had every single evening free– and really didn’t know what to do with myself! I painted for a friend (trim and doors), I planted all of the plants I’d been gifted by my mom and aunt, I napped. It was… nice.

This weekend is a whole different pace than the week was– my office took home Office of the Year (for the fifth time in a row?) so we’re celebrating tonight, complete with a stay at a charming BnB and brunch Saturday morning! I think I’ve been prepping for it all week, ready to go hard!

I’m leaving my office job, I’ve talked about it here before. Next week is my very last week. For the first time in nearly 5 years (just 2 weeks shy!), I won’t be employed there anymore. I was telling my friend this yesterday, and after a bit of chatting, he asked “how are you feeling about it?” And I told him, quite honestly “well, really good– until I just told you about it!”

And stepping into the unknown is scary. So scary. Especially as I don’t have all the pieces in place yet. So my anxiety is growing– I’m having trouble sleeping, my heart keeps racing, and I’m falling into the familiar thought patterns I call “rehearsing.” This is my brain’s way of trying to cope– I go over things. I go over schedules, I go over plans, I go over all the things I need to do, I go over how I’m going to do them, I go over all the near-misses. Over and over. Anxiety growing. Pre-medication, this is how my brain operated about 90% of the time. It’s exhausting.

I know things will work out. I know change takes time. I know things will fall into place. It’s just trusting that it’ll all fall at the right times, which are often just a little bit further away than I’d like. So this week (and probably next), I’m doing everything I can to keep calm– deep breathing, lots of rest, lots of distractions, lots of journaling, and even CBD oil.

Wish me luck and happy thoughts in the upcoming weeks! Change is hard, ya’ll!

Not sure how everyone else is feeling this week, as I’ve felt a bit disconnected and withdrawn. I’ve been running so hard recently that this crash of a week was bound to happen. I’m taking Friday off this week– my first WHOLE DAY OFF in quite a while. But sometimes, you gotta… Listen to your hearts, ya’ll.

Ironic that I talked about how busy I’ve been, but then posted a link on how busy isn’t all that great? To be honest, I’ve never been a busy bee. I love taking it easy and having days off. It’s just this transition time, which I’ve talked about before. I’m working hard with a foot in both worlds right now, trying to make my dreams work by moving forward (while finishing up the old stuff). Two more weeks and I’m done at the office. I’m ready, I think. But still very freaked out.

What a hot, sticky week! This week, I celebrated Independence Day inside in air conditioning, picked at a leftover stars and stripes cake, and ate Hotbox Pizza to my heart’s content. What I’m saying is– I’ve been living my best life.

Here’s to rain and a slightly less-hot weekend! I have plants to plant, sunshine to enjoy, and a deep desire to not melt in the heat!

What I liked/didn’t like: I loved the timeliness of the story, the story from the women’s points of view, and I really liked a lot of the characters. There wasn’t much I didn’t like about it, except that I wanted it to continue.

What I liked/didn’t like: I loved the melancholy of the book, as well as Hamid’s prose– there were just some really beautifully written sentences. I won’t say a lot about this one, it’s one you’ll have to read for yourself. But I’ve recommended it just about everywhere I could, if that says something. May not be a light, summer read, but it’s a quick read.

What I liked/didn’t like: Difficult Women is a collection of short stories, all from a different story or perspective. I laughed, I cried, I emailed Roxane Gay to tell her how much her writing impacted me. There were some weird ones that I sort of breezed through, there were some that I sat the book down and ugly cried for a while. Relatable women, unrelatable women, I learned something, I felt something.

Despite the heat and the call for summer reads— I read some heavy ones this past month. I think they hit where I was emotionally for me as well as providing a release (there was a lot of crying…) I’m doing better, and I’d like to think it was in part due to some of these reads. After all, everything you read becomes a part of you…

(ps– Honorable mentions go to Why Not Me? by Mindy Kaling and In Cold Blood, by Truman Capote, both of which went back to the library unfinished. I may pick them back up at another point, but in June, they just didn’t work for me)

This week was FULL– of FUN! From a jazzy time at the Jazz Kitchen, to a much-needed massage and wine session with my MT, and tonight– the Star Spangled Symphony. Other than those very fun things, I’ve had some proper down time, I’ve started planting things in my yard, and I just generally feel a bit more settled. Whew.

This weekend, I’m finishing up foster training a month earlier than I thought I would, going to a church brunch (helloooo, mingling anxiety), and anticipating the delivery of my new shed! It should be an equal balance of exciting and relaxing– hope yours turns out the same!

CBD oil was recently legalized in my state, to much acclaim. It’s flown off health food shelves; even my mom has chews! I’m not here to give you any new information about CBD, just talk briefly about my experience.

The office where I practice massage therapy has begun selling CBD oils from Farmacology. We sell the 1000 mg tincture and do add-ons to massages with the salve. I haven’t used the salve myself (yet), but I do use the CBD oil, nearly every night.

What does CBD oil do for me? I get real, restful sleep! For years, I have slept a lot without ever feeling rested. I haven’t gotten it checked out so I’m not actually sure why, but I’ve slept so much. And with CBD, I can sleep less because I wake up truly rested. It’s been huge for me– CBD helps my mind get quiet, I relax (I tell people: CBD is all of the chill with none of the high of weed), and I dream (REM deep sleep). All of this combined helps me feel great in the morning and ready to tackle the day.

I’ve heard a lot of other good about CBD in the past few years and I’m glad for a healthy alternative. You can read up elsewhere about the benefits and what to look for in product. All I can tell you is my experience and that I’m a believer! 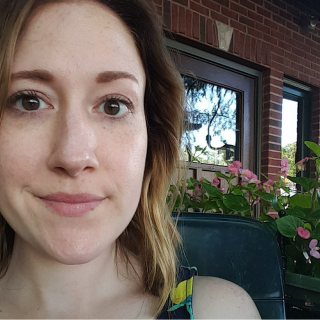